Kodak Black is back at it again with the sh-ts! Kodak has certainly been receiving a bit of love since his release from jail last month.

(AllHipHop Rumors) The rapper got right back to the music, making appearances in Rae Sremmurd’s “Real Chill” and Yo Gotti’s “Weatherman” videos, and by hinting at forthcoming new music.

However, it’s starting to look like the rapper is getting the most attention for his NSFW antics and his publicity stunts.

Kodak knows how to get the people talking as he recently declared that he was the best rapper alive, and that Lil Wayne wasn’t.

He also exposed himself to many of his followers while live streaming while he was in the shower.

Kodak seems to like sexual related topics, but according to the women on Twitter, he won’t fare well in the adult entertainment industry without being well endowed.

Well in the latest #TweetAndDelete files, Kodak sent out some pretty disturbing tweets with some information about himself that no one wanted to see on their timeline.

I’m Haitian We Don’t Believe In Circumcision #PullBackGang”
“I Got That Banana D.ck You Gotta Peel That Thing Back B4 You Eat It.”

While there are a good amount of men that aren’t circumcised, according to the timeline, the women weren’t here for it. A lot of men did clap back arguing that circumcision is unnatural. 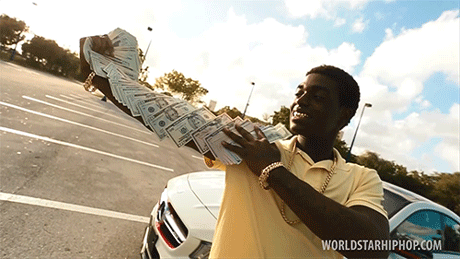