Halle Calhoun says Joycelyn Savage had a choice and chose to be in a relationship with R.Kelly.

(AllHipHop Rumors) It was only a matter of time before someone who was close to R. Kelly spoke out against the claims his live-in “possibly” ex-girlfriend Joycelyn Savage has made. Savage recently revealed that she will in fact tell her story chapter by chapter using Patreon.

Chapters from her story have already been released online and man oh man is it TMI.

From Kels forcing her to abort two pregnancies, to having to drink his urine, to being denied sanitary napkins during menstruation; The details are too disturbing to even imagine.

Most of us watched the documentary on Lifetime, Surviving R. Kelly, and knew about him allegedly starving and forcing these women to perform sexual acts for him, but if what Savage claims really went down behind closed doors is true, then this is by far the worst of the worst.

Kelly’s ex-girlfriend, Halle Calhoun, took to Instagram to basically counter-argue Savage’s claims stating, “The things people do for money is just sad. I don’t have sympathy ...YOU HAD A CHOICE!!! Smh I just want the world to be smart at this point come onnnnnnnn. Goofy af!” 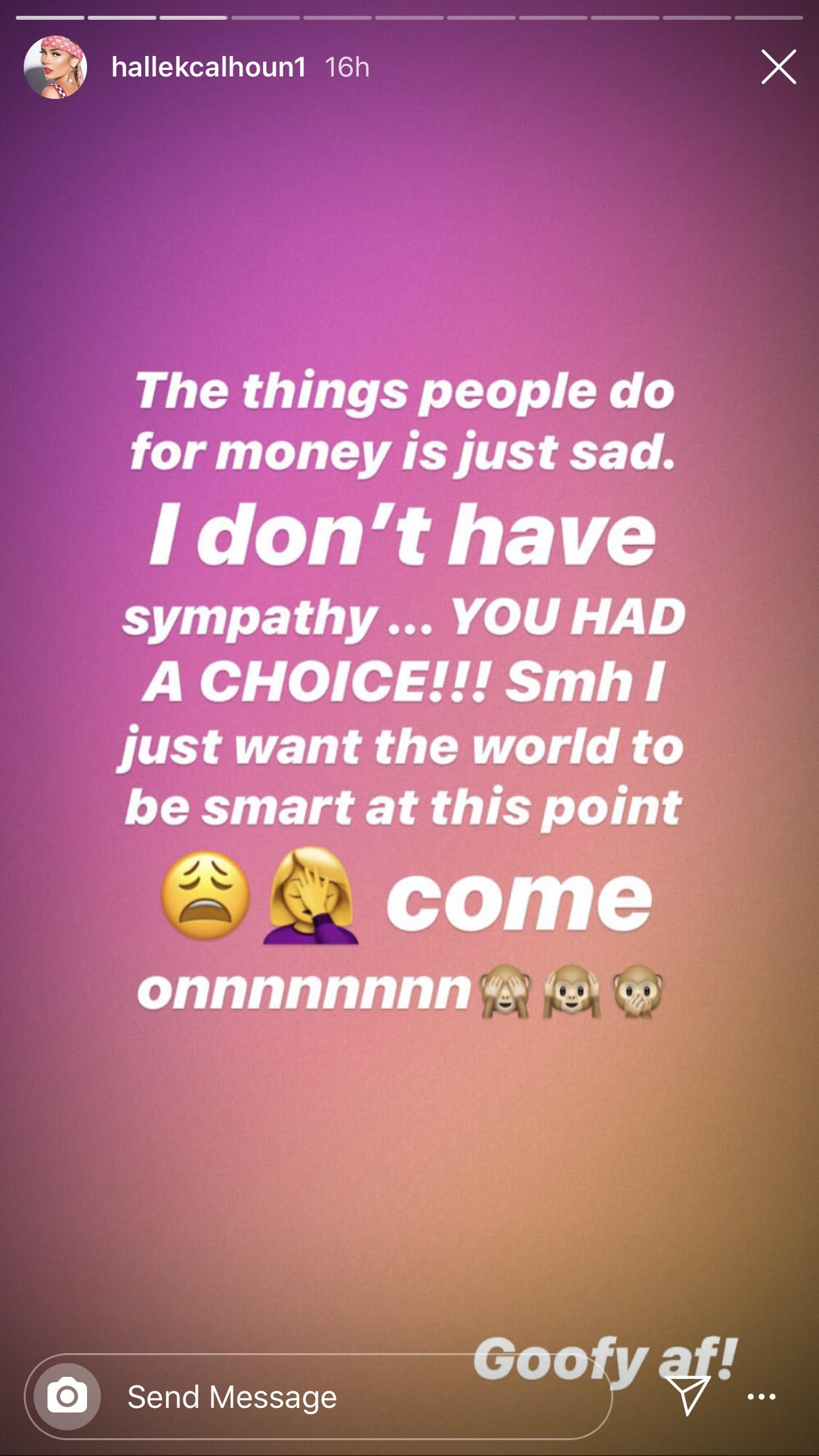 Do you believe what Joycelyn is saying is true or do you think this is all for money like Halle claims?