(AllHipHop Rumors) I don’t know the last time I’ve seen folks so divided on a biopic….well maybe ‘Notorious’. Usually people either unanimously hate it or they love it. Folks are completely divided over the Tupac biopic, ‘All Eyez On Me’.

While it’s getting praised by people like The Game, Snoop Dogg, and MC Hammer, Jada Pinkett-Smith, 50 Cent, and the Tupac estate are none too pleased.

Apparently Tupac’s estate is not happy with the new ‘All Eyez on Me’ film, which highlights the late, great rapper’s life.

Insider sources claim that those involved in the estate have never promoted the film because allegedly, Afeni Shakur never wanted L.T. Hutton to produce it in the first place.

According to Fameolous, reports also claim that this version of the film’s script was like a version of Lifetime’s biopic about Aaliyah, which flopped with audiences and was never approved by the late singer’s family. 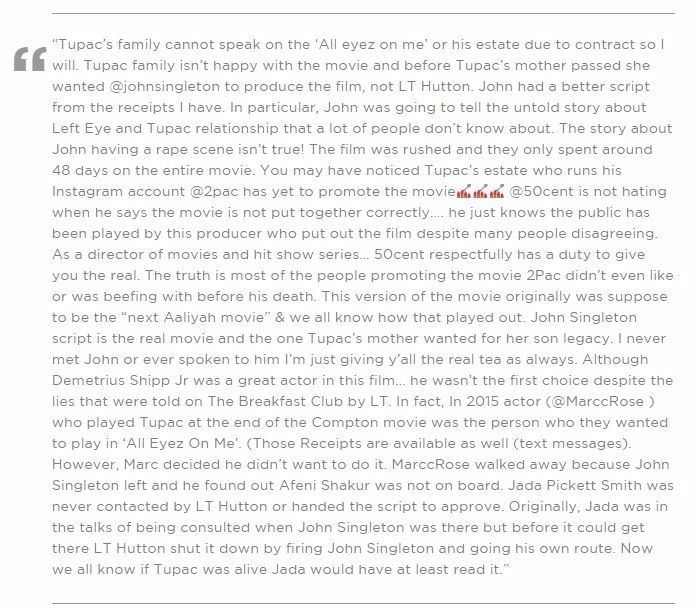 Hmmmmmmmm What are your thoughts on the biopic and it’s surrounding controversy?

Kanye West may have just let go his whole choir! Illseed has the scoop.