Tyler might not be able to tour in Australia or the United Kingdom, but being banned is not stopping him from throwing a live carnival in this country. Today, the Odd Future leader released the official lineup for this year’s Camp Flog Gnaw Carnival. The festival will feature performances from Snoop Dogg, ASAP Rocky, Mac Miller, Willow Smith, YG, and many more artists. The festival will also include a live return of the original Odd Future group. Check out the official lineup below. 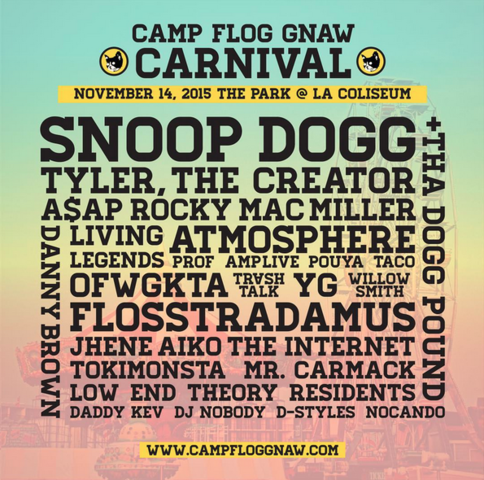