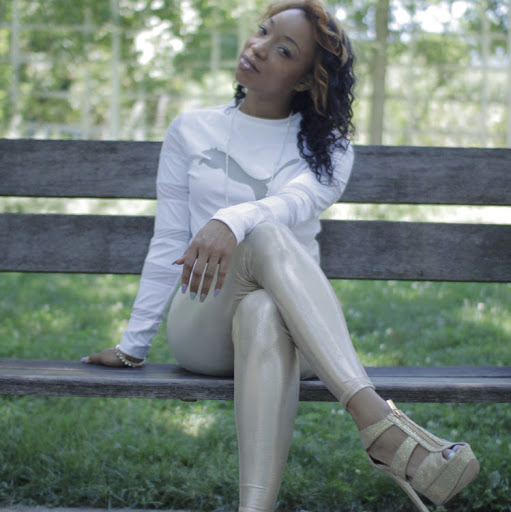 Recently Golden Globe recipient Rhymefest speaks on LEGACY – something of a gift transmitted or received from a predecessor of the past. Nemiss Chiyork  caught up with Rhymefest to talk about the Legacy of Donda’s House, inspired by  Kanye West’s mom who was a mentor to Rhymefest and other Chicago artists. Rhymefest delves into the real work that Donda’s House Inc. is doing for Chicago’s youth as a significant backdrop to the Oscar nominated song “GLORY” created by writers Rhymefest, Common and John Legend. The recent success with the song “GLORY” is now Oscar Nominated as heard on the motion picture  “SELMA”, directed by Ava DuVernay.

Nemiss ChiYork: When some of the leaders involved in Donda’s House are Common, Kanye and Rhymefest one has to expect that the raw talent and creativity in Chicago’s youth will be identified and cultivated.The Donda’s House mission, to provide access to premium arts instruction for Chicago’s youth, appears to hold the highest bar under the direction of Donnie Smith and Golden Globe awardee Rhymefest. Rhymefest, can you speak to what the programs offer and expect to do for Chicago’s Youth?

RhymeFest: All of our programs which include “Behind The Scenes” and “Got Bars” are designed to provide youth with tangible skills to be successful as artists and in life. Our programs are curriculum-based, so we know that the youth involved in our program are actually learning and growing intellectually and creatively. We are building on the legacy of Dr. Donda West, Kanye’s mother who nurtured and mentored myself and a generation of educators, artists and community activists.

It turns out that crime stats revealed Detroit has the number one murder capital rate going into 2015, but  Chicago was truly hotter than July in 2014 when it made national headlines with 82 murders over a 4th of July weekend this past summer.

What do the staggering crime stats in Chicago mean to Donda’s House and the mission that Rhymefest and all counterparts involved envision for the organization? Do you feel the need to address the statistics or the people?  Do we demonize the crime committers? Who has the answers for the crisis among our youth?

Many of our youth are lacking healthy family structures as well as productive activities. Donda’s House provides a family-oriented environment that is attractive to those with creative interests. When young people are given opportunity based on their preferences, we’ve found that they take full advantage. Rather than demonizing our youth, we should be demonizing the fact that 51 public schools were shut down, and most of them lack art and extracurricular activities.

Being a bi-citizen, as I like to call it of New York and Chicago, I often see the story that the media tells about the south side from the outside looking in . There is also the beauty that I see from being on the inside of Chicago looking out. What’s “the work that you see happening in our communities that’s the beauty from the inside out?

I often call Chicago the conscious of the country, New York being the financial capital, and LA being the cultural capital. When you look at history of artists from Chicago from Curtis Mayfield, to Buddy Guy, to Ramsey Lewis, to Kanye West, to Common, to Lupe and even myself, Chicago has been the home of blues, the house of House Music and the consciousness of hip hop. Most blacks from Chicago migrated from the south and have blue collar sentiments, with political and organizing acumen. That makes the city special when it comes to producing great people such as President Obama, Louis Farrakhan, Rev. Jessie Jackson Sr, and others. I just hope to be a part of the future greatness that comes from this city.

Recently you were  awarded a Golden Globe for your contribution as a “writer” (cited in Black Reel Awards) for the song “Glory” along with Çommon and John Legend. Can you  speak more on the conceptualization of this song and the collaborative effort?

Common and I asked for the blessings of the ancestors before we began writing “Glory.” Over the years I’ve realized the kind of music I am put here to make: movement music. We have many movements in the world today, and not enough great music to fuel them. “Glory” is one of my greatest contributions.

This song “Glory” also resonates the sort of position that you took with “Jesus Walks.” While Kanye thanked you in his award speech, Rhymefest, you sort of remained in the shadows. Is this a perhaps a “Godfather” position that you are comfortable in through which one can “orchestrate” the industry from the background? Please elaborate!

When you think about “movement music,” it has to be a collaboration of many minds, talents and characters. I’ve had the opportunity to not only work with Kanye and Common, but also produce my own music and help some young people that the world will soon hear from. Historically, the best movement music mirrors is  the movement itself, and my goal is to continue in that tradition.

How does the beautiful struggle in the movie Selma relate to recent protests that took place all over the nation, particularly Ferguson, New York City and Chicago? Does the Donda’s House support youth empowerment through protest? Are the goals of protest mapped out? More over, how does the song “Glory” relate to Donda’s House? “It will be ours…” What will be ours?

Donda’s House is not an advocacy organization and in fact legally cannot be. What we do is provide premium arts instruction which includes media literacy and we advocate for artistic responsibility.

One of the things Oprah has been saying is that she wants to see our young leaders with clearer goals? What are the goals of the Donda West Foundation.

Donda’s House Inc. was named after Dr. Donda West, who supported her son’s dreams. In supporting her son’s dreams, she became a mentor and mother figure to several artists including myself, GLC, Mikkey Halsted and others. Our goal at Donda’s House is to support the dreams of the next generation of artists. We know that youth who study the arts have better life outcomes, are better problem solvers and have higher self-confidence than those who don’t. Arts instruction is incredibly expensive, and our goal is to give young people access to that instruction free of charge.

Lastly what’s next for Rhymefest? I would love to see a Donda’ House mixtape with some of our groundbreaking artists and emcees. Any major projects in the making?

Please follow @dondashouse on Twitter to get the latest Donda’s House including new music and programs. Personally, I will be releasing new music this year via Soundcloud: https://soundcloud.com/el-che-rhymefest.