Hip-Hop and the military have a very awkward relationship. As a decidedly counterculture movement, Hip-Hop has by-and-large been critical of the armed services and for good reason. The Hip-Hop community was founded in the ashes of the Civil Rights Movement and has always been mindful racial disparities in America. So, serving a country that may not offer equal opportunities as always been tricky. Ironically, there is no shortage of military-themed imagery in rap music, from Master P’s No Limit Army to BK’s Boot Camp and even the old AllHipHop Army from back in the day. And despite our often opposing views, those early, more militant sentiments have faded somewhat. So, here is a list of hip-hoppers that served in the military. Happy Veterans Day, soldiers!

The Ice Man is more than the Godfather of gangster rap. The Los Angeles-raised rapper also proudly served his country as a young man. As soon as he graduated from high school, Ice – then known as Tracy Marrow – enlisted in the Army. He was discharged early though, because he had to care for his daughter Letesha. Later, Ice-T would have strong feelings about war. On 1991’s “Ya Shoulda Killed Me Last Year,” he said, “By now the [Gulf] war has probably started /And a whole bunch of people have probably died /Out there in the desert over some bullsh*t.” Don’t get it twisted. Ice is still about his guns.

While Ice-T was critical of the Gulf War, Mystikal was serving in it. The New Orleans native also joined the military shortly after he graduated from high school. He cleared mines during the war. Ironically, he would go on to join Master P’s collective as a No Limit Soldier. And, to think, when he first joined the Army, he reportedly just wanted money for a car.

MC Hammer is one of the most outwardly patriotic rappers. He served in the Navy as a petty officer at an airbase in California. He was honorably discharged after three years of service. He promptly started a career in Hip-Hop and would go on to be one of the most popular rappers ever.

Here is his rap dedication called “Bring Our Brothers Home.”

No Malice of The Clipse was honorably discharged from the Army in 1994. When he joined the military, he was looking to better his life and to provide for his family at that time, a girlfriend and their eventual child. He bounced around a bit, from New Jersey, Virginia, and North Carolina. He’d come to start The Clipse with is brother Pusha T. These days, No Malice serves in another army – the army of his Lord Jesus Christ.

Freddie Gibbs is on record stating that he never wanted to join the military, but did so after he was caught stealing. After he caught the case, he says he was offered up something called ‘pre-trial diversion’ and was promptly enlisted in the Army. It wouldn’t last though. Gibbs was dishonorably discharged for smoking weed. He’d go on to make and impression in the rap game, which is why we’re talking about him now.

One of the most revered crooners in Hip-Hop jumped headfirst into the Marines, considered the most difficult of all the armed forces. After high school, he service sorted ammunition on Okinawa, Japan. Nate Dogg had a particularly unemotional state for the most part and some speculate it was from his military training. It is rumored that Nate was dishonorably discharged, because of a habit with the sticky icky icky. Ironically, he’d go on to sing on the classic album The Chronic. 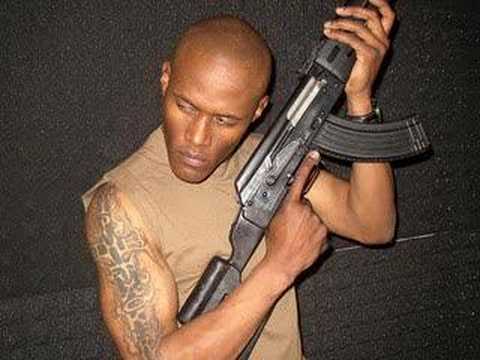 Canibus has been very outright that he served in the military. But, what makes him different from others is Canibus joined the military after he was a well-known rap artist. He was known for his rap battles, but he enlisted when America was embroiled in real war. He told sohh.com, “I enlisted because I wanted to get away from the music. I wanted to do something that gave me a separate definition from what I had done all through my teens and twenties. I was 28 when I enlisted.” He would follow in the footsteps of Nate Dogg and Freddie Gibbs by being dishonorably discharged for smoking weed.