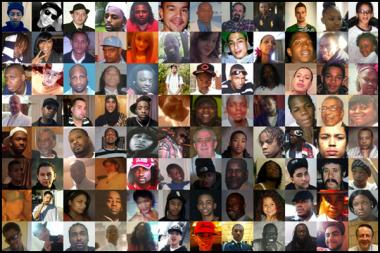 I won’t push this too far, because clearly the situation is serious out there in the Chi. But, the word on the street is that the death of Lil Marc will not be the end. I don’t know if you saw the news report, but Li Marc was slain after he dissed the death of another rapper. Now, the song – “No Competition,” may or may not be the actual reason he was killed. But, right now that’s what the streets are saying. Online, certain message boards, which shall remain nameless are saying that revenge is imminent. These rival factions are going at it in a major way. I’m wondering if the federal government realizes the death toll exceeds recent wars?