REPORTS: GUESS WHO IS CALLING US N***ER NOW! 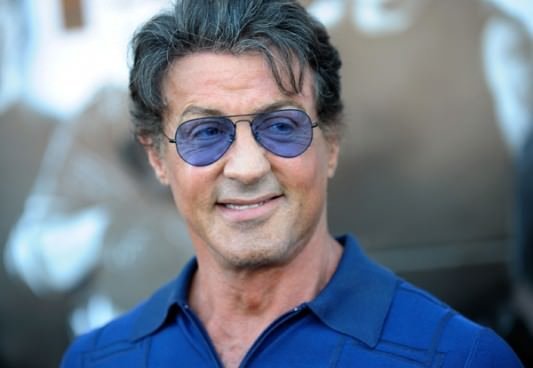 Sly Stallone must have gotten hit in the head too many times from Clubber Lang and Apollo Creed! Why? This MF went on a rant where he called a Black paparazzi a N***ER!!!!!! Here is how it went down according to TMZ!

Sylvester Stallone had some harsh words for a paparazzo in Beverly Hills Thursday … grousing, “This f**king n***er here, this f**ker.”

Sly was leaving Caffe Roma with a friend. They were followed by a group of photogs. Sly then hurls the racial epithet. It comes at 7 seconds into the clip.

The video is a little difficult to hear, but as Sly turns the corner and looks over his right shoulder — back at the paparazzi — you clearly hear him use the n word. A little later in the video, you hear a female photog say to Sly, “Why the racial slurs?”

There were African-American photogs shooting Sly at Caffe Roma, but it’s unclear if the epithet was directed at them.

I hope not! I’d hate to stop watching Rocky after all these years. Give Mr. T and Carl Weathers their money or put them in “The Disposables” or whatever that movie is called!!!!!

Oh yeah…Rumor has it there is another Rocky flick in the works and, guess whow is reportedly anchoring it? A N***ER!

Michael B. Jordan is rumored to be playing in a new Rocky movie as Apollo Creed’s grand son that wants to box. I wonder who will make him a champion?

F**K you SLY! Say sorry and give those guys their just do!