I am not sure of the entire scope of the situation, but I am sure that there’s very little place for twerking in class. BUT, guess what? A student apparently twerked in class as a part of her class assignment in PHYSICS class. Now, there are some ambiguous parts. First of all, I am not sure that its the actually student, because this chicks a$$ is brolic! And, the white instructor is seen in the back getting his jollys off. So, I’m going to assume he wouldn’t do that if it was one of his students with her a$$ out. But, the RUMOR is that a STUDENT did the actual twerking.

But, this happened. There is a video of a physics class presentation of a woman twerking to “Who Let The Dogs Out.” But, there is a catch. The chick has a pair of huge tats on her butt of TWO DOGS. So, the dogs are smacking into each other as she claps or twerks. Everybody is getting their rocks off, but not the guy that is commentating in the video below. Peep this out. The actual twerking starts about 1 minute in.

All have to say is: 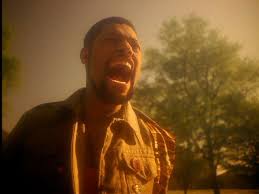