Hip Hop has always been one of the hardest genres to experiment and break boundaries. Although we’ve seen several forms of the art, don’t let it fool you, there’s always some form of negation. Albums like Yeezus has solidified the new wave of experimenting in the genre, adding a new form of sound that’s never been heard.
Once again, those boundaries are once again broken, this time being by the alternative act, Shabazz Palaces. The Seattle-based duo is comprised of former emcee from Digable Planets, Butterfly (now Palaceer Lazaro), with Tendai “Baba” Maraire serving as the group’s instrumentalist. Together, the two artists give you an all new way of listening to Hip-Hop, the Palaces are also considered one of the groups to look out for during Afropunk Fest’ 14. It’s been three years since their first two Eps and debut album Black Up released, but their sound has been deeply appreciated by both critics and music lovers alike. Now, the Palaces have released their new project Lese Majesty, and just like their last projects, listeners will hear something oddly new, and will love every bit of it.

The production is the standout factor of Lese Majesty. Shabazz Palaces were very experimental when making the album, and the effects bring a fresh and innovative style to Hip Hop. Beats are bass-heavy, yet smooth and modified with synths and distortion to create more of a futuristic sound. This spaced out production might not be for all ears, unfortunately, but the quality and effort off Lese Majesty’s instrumentals are eerie, yet cool. One of the best songs to illustrate this is the second track off of the album “Forerunner Foray”; the bass hits hard to create a mellow boom bap sound, while the continuous synths fill the atmosphere to give the song a sci-fi feeling. The production of Lese Majesty takes the lead role of the album, using it’s weird instrumentals as a form of art instead of the verses.

Shabazz Palaces’ rhymes of Lese Majesty might take a backseat to the production of the project. But, when truly showcased with the beats, they fit well in a way only Palaceer Lazaro can do it. Within the verses lies deep rhymes intertwined through different perspectives. Whether Palaceer is rhyming about the contradictions and shortcomings of crime in “Motion Sickness”, or giving you a short love ballad in “Noetic Noiromantics”, there is a message that lies within the lyrics. This may be a bit difficult to understand at the very first listen, but verses in Lese Majesty serves as a puzzle that dares you to solves through multiple listens. 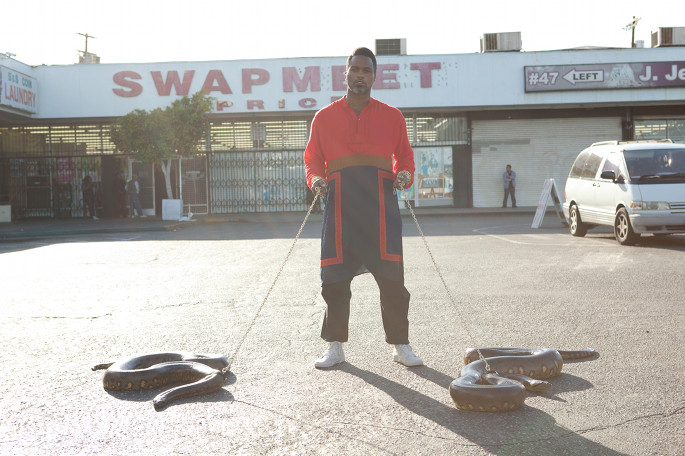 Lese Majesty is not for everyone, it’s futuristic instrumentals and distorted verses may be too much for simple listeners. However, this project is a high-brow piece of art, taking a further step into the what Hip Hop could be in the near future. Is it catchy? Are the beats simple enough to understand and bump on the radio? Hell no, but that’s the beauty of Lese Majesty. It’s original and refuses to go the route of abandoning its artistic sound to serve as a commercial success. Be prepared to listen Lese Majesty, because it can be really easy to see it as an oddly made album instead of true experimentation.