Editor’s Note: Illseed is a friend of the site, but he speaks for himself and his opinions are his own.

I am wondering…has anybody turned Chad Wheeler’s brains into mashed potatoes yet with a bat? Man, we might was well go in!

So do you know what happened, correct?

Seattle Seahawks offense of tackle Chad Wheeler was dropped from his team after he was arrested and charged with felony domestic violence. The Seahawks lineman was arrested on Saturday and booked at the King County Jail on Tuesday. He was charged with beating up, brutally, his Black girlfriend. According to the police report, the police were forced into an apartment building where a woman was screaming, when they burst inside they saw Wheeler standing next to her. She had already called 911. But when you see the pictures of what happened you get a better understanding of what was going on. The woman told 911 that she was being killed and that her arm was dislocated. When they got there cops found the woman all beat up!

You are not gonna want to read the next stuff because it is truly disgusting. I might add that wheeler is a 6’7”, 300+ pound football player. She crushed her mouth and nose trying to stop her from breathing, grabbed her by the neck and threw her around like a ragdoll. He also twisted her arm to stop her from resisting him. She says she was then somehow thrown unconscious, and he said “Wow you’re alive? “

Apparently this guy was having a “manic episode “but that doesn’t seem to be a valid excuse. On Twitter, Wheeler was profusely apologetic but that didn’t stop him from losing his job. Look at this crap! 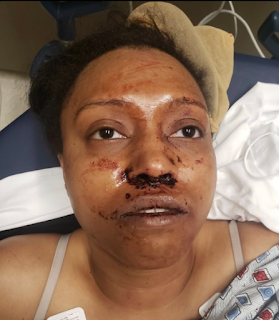 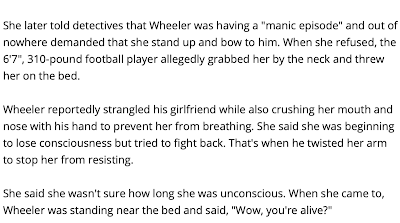 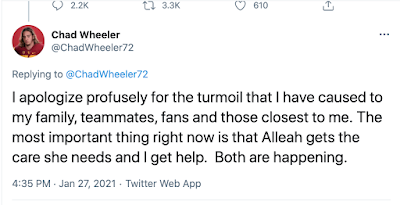 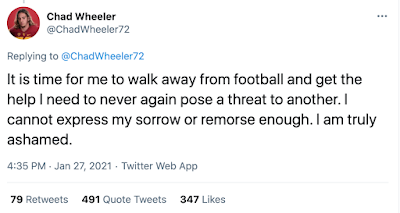 Hopefully he gets that help! This is insanity! I feel like I cannot fully feel bad for him, because he has a mental sickness.