NAS AND KELIS ON A DATE? 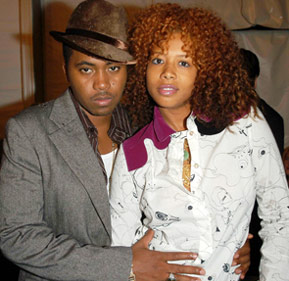 What the hell-o is going on? There is a crazy rumor going on that Nas and Kelis were recently seen on a date. Now, Nas has been doing shows like crazy recently, so I cannot call it fully. But, according to iamjasonlee.com, they did just that out in Cali. Here is what they had to say over there:

Not sure how deep the relationship is these days, but we definitely know they’re still real close. The Milkshake rapper Kelis brought the boy, Nasty Nas to the yard on Thursday night in Hollywood where the two were spotted on a date night. Hollywood Bowl played home to love music last Thursday night as the one and only Anita Baker and Esperanza Spalding gave concert goers a night of love music. Well we were there and guess who we ran into on a date. Nas & Kelis!

Kelis exited the area and came over to take the picture with me and she walked down a bit which seemed weird. Until after we took the picture. Kelis began walking out and then when I looked back, Nas pulled his fishermans hat down and tried to walk out quickly. So I yelled out, “hey Nasty Nas” and he just smiled and walked by.