ARE RICK ROSS AND FLOYD MAYWEATHER TEAMING UP? 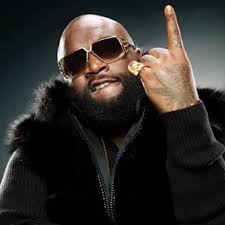 50 Cent and Floyd have broken up for sure. Last night, 50 Cent went IN on Floyd in every way under the sun. It still reeks of a press stunt to me, but he was levying some zingers against his former friend. Well, he also “promoted” the hell out of several fights he wanted to push Floyd’s way, which I find funny. Why? Because, even though 50 Cent is a rider, the fights he was proposing seem to lean against his own! Floyd still going to beat just about anybody these days. There’s Manny and thats about it. ANYWAY, the point is…this remains interesting. Rumor has it Floyd and Rick Ross have been in some sort of conversation about teaming up. Rick Ross originally rapped “that Mayweather money look funny in the light” back in the day when they alleged Floyd was making it rain with fake bills. But, recently, he said a different rap that I cannot recall mentioning Floyd in a generic, non-confrontational way. So, word is, Rick is on the Money Team. What do you think? Isn’t this weird? Rozay was once cool with Manny Pacquiao and now he’s possibly down with Floyd? 50 Cent was down with Floyd and now he’s down with Manny Pacquiao? What is this? Musical Friends?