Lil Wayne is on the receiving end of a woman’s scorn!

I did not know that Lil Wayne had an alleged sidepiece, but that is exactly what the streets are saying about Baby’s boy. OK, let’s give this a shot. We all know that Wayne has a women we have assumed he’s going to marry. Well, there is supposed to be aNOTHER woman. This one is white and seems to be considerably older. Anyway, agism is not my thing.

Kimberly Rose, the alleged sidejawn, said he was going to buy her a house, but he ghosted that JAWN! He even had her meeting with people, but he never even showed up. He showed her his a$$ to kiss! So, she apparently moves to Miami to get this house Weezy allegedly promised her…and then she had to sleep on the BEACH. Sleeping on the beach lead to her being sexually assaulted, allegedly.

She blasted the rapper dude. 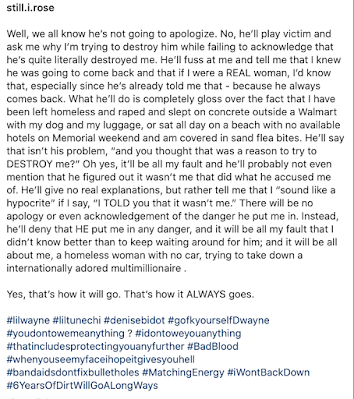 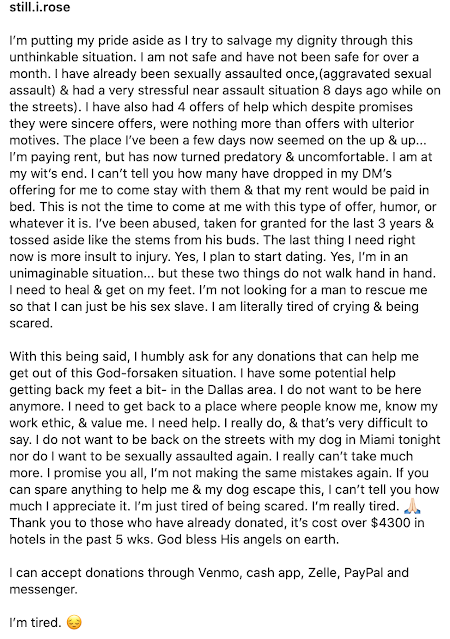 This is just weird. She looks like some sort of fiend to me. I wish Wayne would do better if this is his sidepiece, back piece, front piece…anypiece! She Ain’t IT!