It looks like a certain block is up for sale in The Chi…who will get it. iaaaaaaeeyyt

OBlock is up for sale! The notorious hood which housed famous Hip-Hop personalities like King Von and Chief Keef is up for sale. Now, Durk is already claimed that he wants to buy the housing project matter what the cost. A lot of people squawked at that and suggested that his stomach was bigger than his mouth. However, there may be an opportunity for him to collaborate with some of the other people and make the purchase.

So, O-Block is up for sale! I always find it interesting and something like this happens because it’s a stark reminder that we don’t actually own the blocks and Real Estate that we kill each other in. With the hoods that we claim! You get my point but can Durk actually afford to buy OBlock?

I’ll buy it don’t matter how much it is

There has been no price tag attached to the neighborhood however some speculators have suggested that it’s worth about $80 million. I don’t know where that number comes from, but I know that it probably doesn’t tell the whole story. I believe that the space is already being set up for demolition but that’s just speculation for me right now. However, there are issues of demolition, maintenance, building up and other such matters around owning such a large piece of real estate. I am quite sure Durk isn’t going to make it a parking lot! And even that would cost money!

Then there is what the Chicago SunTimes mentioned in its report that broke the story.

What’s not mentioned: the gun violence that’s troubled Parkway Gardens and the surrounding area for years. A portion of King Drive along Parkway Gardens known as “O Block” — a reference to a gang member who was killed nearby — was once the most dangerous block in the city.

Some people have put Lil Durk’s net worth at about $3 million, but I am pretty sure it’s more than that. By the way, Michelle Obama is also from OBlock and look where she ended up! I hope a lot of the people that come out of there see that the possibilities are in list and it’s not limited to Hip-Hop and rap music. Maybe Obama can help buy Oblocka!

Remember when Tekashi snuck in Oblock and did a quick vid? That was hilarious lol! 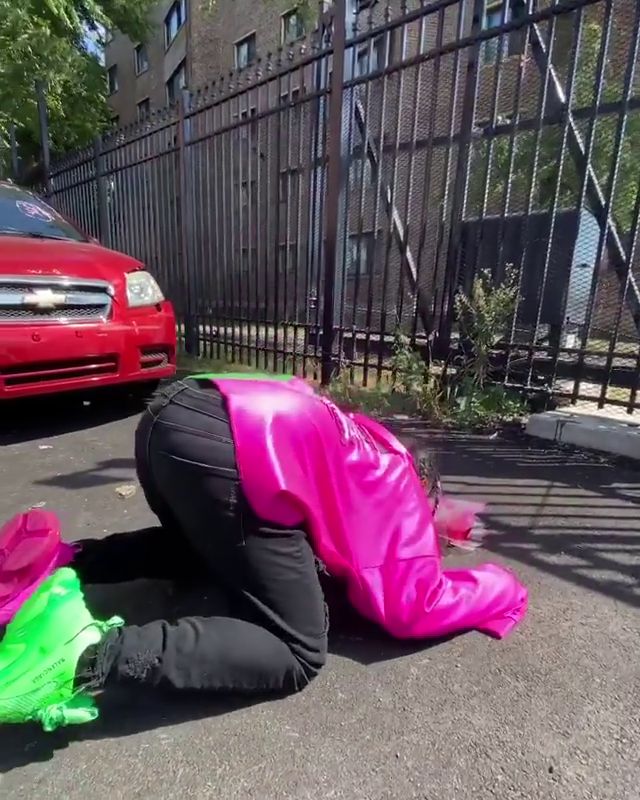 On another occasion, he went for about 20 seconds at 3am. LOL!