Smokey D. Fontaine was a friend of DMX, but he also was the man that wrote the late rapper’s life story.

One-time hot shot journalist Smokey D. Fontaine is the man that wrote the book that chronicles DMX, his upbringing and his rise into superstardom.

The story, one might imagine,  is not an easy or simple one to tell because it speaks loudly, and vibrantly to the traumatic life of a young Black man, one that is very troubled, very aggressive, but determined to make something of himself. “E.A.R.L.” like the classic coming-of-age novel “Manchild in the Promised Land” is a similar work that should be studied whenever telling the story of DMX.

Smokey was a journalist, but quickly rose in the ranks as a super start writer early in the evolution of so-called Hip-Hop journalism. Starting at magazines like the wonderful, glossy cultural bible Trace to the Hip-Hop staple The Source, Smokey pivoted quickly into the internet space as well. He would become immortal as the man to re-trace the pathway that gave the world Earl Simmons aka DMX. “E.A.R.L.” , unlike other biographies, continues to be a must-read and inspirational work – and teachable tale – for future generations.

Smokey, now an executive at Apple (yes, that Apple), talks to Chuck “Jigsaw” Creekmur about his time with DMX, the process of writing “E.A.R.L.” with the rapper, and if there will be an extension to the book which originally came out in 2002.  Smokey and Chuck also talk some of their history as witnesses and participants in the culture of Hip-Hop.

Almost out of print, “E.A.R.L.” has seen a tremendous resurrection since the tragic death of Earl Simmons, and the original publisher has printed more books to accommodate the new demand. Also, this swell of interest may spawn that biopic that failed get greenlit years ago.

Watch the interview and explore the vast possibles now.

“E.A.R.L.” can be found wherever fine books are sold. 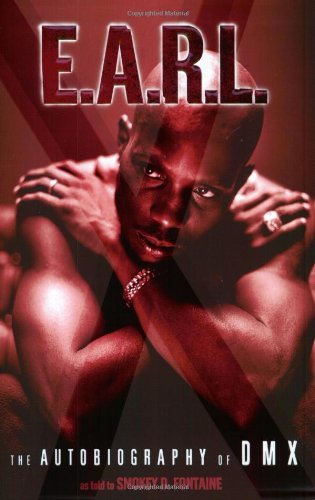