FN Meka’s hyper-visual, unusual content has gained him 9 million Tik Tok followers and over a BILLION views. His custom gadgets like a Starbucks espresso-making PS5, or his Gucci Cybertruck are expressions of him living his best life. Sometimes his “hyper flexing” can trigger internet trolls, so FN Meka is no stranger to cyberbullying, which he uses his influence to fight against. Meka is also a fierce advocate for equal rights, believing that no being should be discriminated against because of skin color, or just because they’re a robot.

Meka’s latest single “Speed Demon“, is an ode to a custom PS5 supercar and will be the music bed for a 1 of 1 NFT collaboration with the virtual streetwear company RTFKT. “Speed Demon” was put on all DSP’s March 12.  On March 15, an NFT was sold on  Superrare.co. 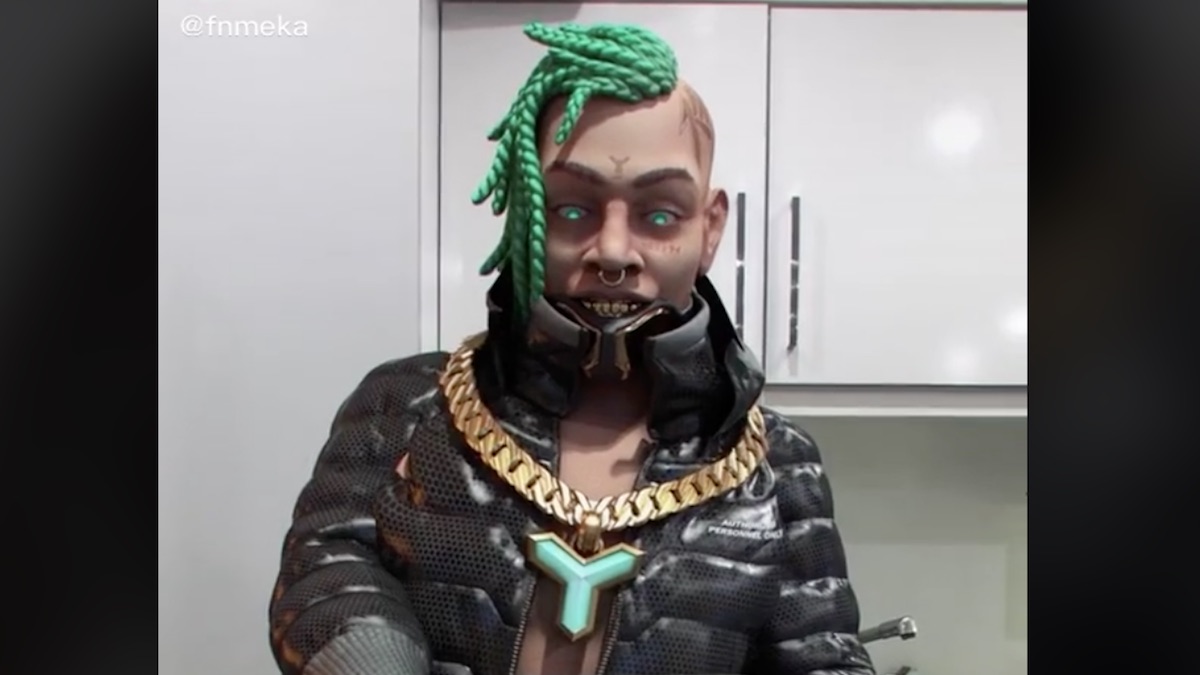