Though the Grand Jury is still deliberating on whether or not charges will be filed in relation to the slaying of Mike Brown, after leaking the autopsy report the St. Louis Post has sparked new fears that no charges will be brought against Officer Darren Wilson, as protesters have already started preparing for the worst.

Using documents prepared by the St. Louis County medical examiner, the Post is reporting that Brown may have been reaching for the officer’s gun at the onset of the shooting, though this speculation comes from two experts not actually directly related to the case. Additional information which alleges that Brown was “belligerent” comes from Detective Hokamp of the St. Louis Police Department, though critics have already noted that the actual police report is largely blank, leaving questions unanswered as to what exactly transpired.

According to the autopsy report, “The deceased body sustained multiple gunshot wounds: three wounds to the head, one wound was to the top of the head, right eye and right central forehead area.” The report summarizes that the official cause of death were the gunshots sustained to the head and the chest.

Assistant medial examiner Gershom Norfleet who actually  performed the autopsy, has advised that he was called to the scene roughly 90 minutes after Brown was killed with the official time of death documented as 12:15pm on August 9th. Norfleet has declined to give any additional comments.

The Grand Jury has until January 2015 to decide whether official charges will be filed or not. 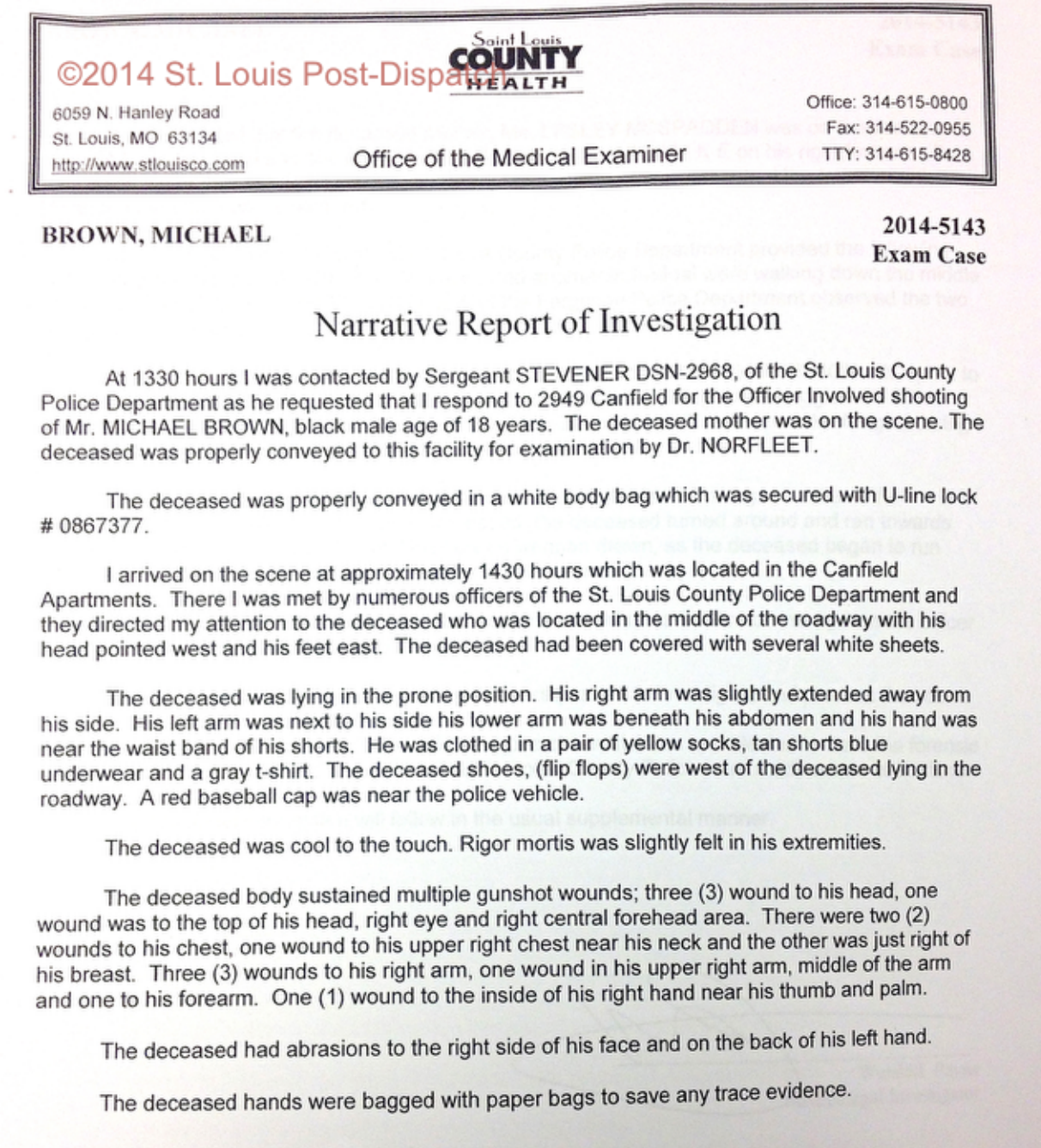 Tekashi 6ix9ine is in the clear after a blind fan sued him over his online store.

Kanye has assembled a team of veteran lawyers and executives who are advising him as he attempts to upend the music business!

Cardi B and Hennessy are being hauled into court over a nasty fight in the beach in the Hamptons.

FXXXXY's family said he died after a routine medical operation.

Future just launched a brand new line of clothing. Check it out!

Dr Dre's wife used her lawyers to call out her soon-to-be ex-husband as their divorce gets nastier.

A lineup of music artists are taking part in the Columbia Record label's social justice initiative.

The battle of the "Bois" is set to take place on ABC.

According to YG, the "Mixtape Weezy" version of Lil Wayne is set to appear on the project.

A couple of IG pics had social media users inquiring if there was a new Hip Hop celebrity couple on the scene.

The billionaire is back to making demands for Gap Inc and Adidas AG.

Ye continues his Twitter testimony about the record business.